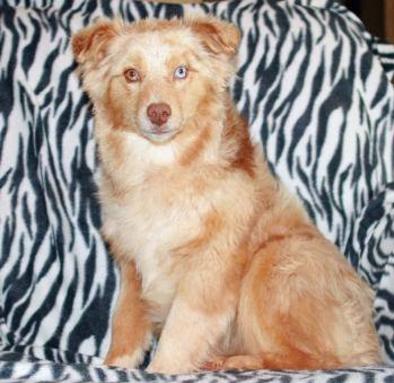 ​​Ivy's last litter with Bo was a litter of two. A red merle female and a blue merle male.

We kept the female. Elmo's Carly Sue. We again found a great cross and thought we had years to keep a pup. We lost Carly's tragically. My kids all had kept puppies and all had been fixed but one tri girl with pricked ears. Despite the "fault", the puppies turned out great. Placing them turned out to be a challenge. Too many show homes, less work homes and pricked ears...no way.

We rehomed Rosy when we had a chance to get another pup from the cross. Great ears, however, he had been abused and we had no way of knowing if he would recover. He was a beautiful blue merle male out of Carly, second generation, grandson of our originals. Now our poster child and Elite Champion Elmo's Boomarang Peanut.

“No matter how close we are to another person, few human relationships are as free from strife, disagreement, and frustration as is the relationship you have with a good dog. Few human beings give of themselves to another as a dog gives of itself. I also suspect that we cherish dogs because their unblemished souls make us wish - consciously or unconsciously - that we were as innocent as they are, and make us yearn for a place where innocence is universal and where the meanness, the betrayals, and the cruelties of this world are unknown.”
― Dean Koontz, A Big Little Life: A Memoir of a Joyful Dog 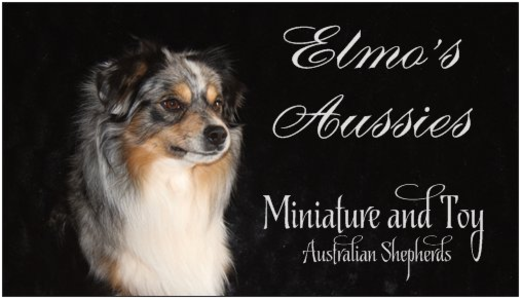 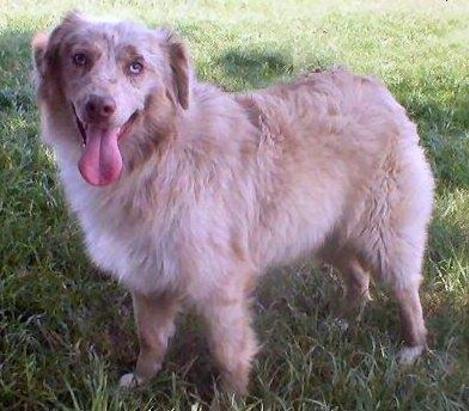 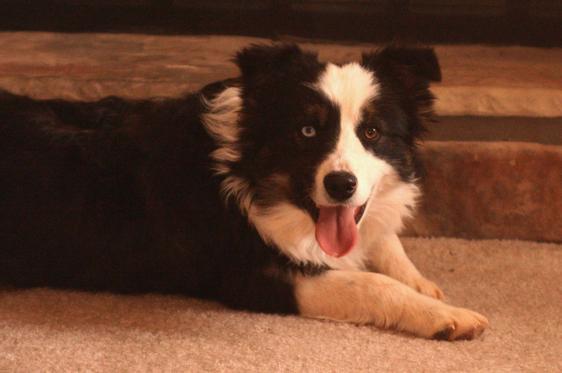 Where it all began...in 2006 I was looking for a good stock dog that didn't eat like a horse and still could be a dog. I still had my Kelpies and they worked, and worked, *sigh* and worked. No off switch. Always growing up we had had an Aussie. We also had heelers. All great working dogs. Searching the internet in 2004, I saw these Aussie dogs called Mini but oh man, the price. It took me two years to save up for my first, a red merle female Elmo's Poison Ivy from Rim Fire Kennel. She was everything we could want in a dog. Hard working when needed and chill when it was time to kick back. She went everywhere with my kids. An all around irreplaceable dog.

It took us a few years to find a cross that would complement her. That is when we found Bo from Timberline Kennel. The cross was amazing. We always had a waiting list and had no trouble placing our pups in working homes. We have many owners with multiple pups from this cross. They couldn't have just one.​